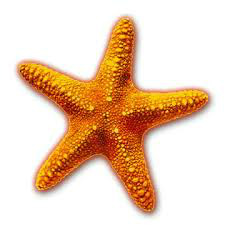 In April 2008 a group of 15 of us representing a few different churches from around NZ visited the Philippines on a Short Term Mission trip. We spent most of our time in and around Metro Manila and neighbouring provinces.While there we met many people and formed many friendships, some of whom later became our partners.

We also met with the staff of Care Channels International Inc. – A Christian holistic aid organisation founded by a believer from Singapore. This was the start of a key partnership which continues to grow today.

Shortly after returning to New Zealand, 3 of us from Rotorua got together to debrief and pray.
We felt God was calling us through the story of the starfish to help one person at a time – Starfish Ministries NZ was born! Our vision statement “Reaching out and making a difference to one at a time with the love of God” encapsulates our reason for existence.

We started by funding medical care for an orphan boy we met and prayed he would be adopted by a loving family – God answered our prayers!

We began sponsoring a couple from a local church in Manila as they ministered and reached out to the poor communities around them. We still continue to support them and children and families they minister to today.

Through Care Channels International Inc. (CCI) we started sponsoring several school children from Payatas, a poor area of Manila situated near a large landfill. These children and families all live in the same community and attend the same church.
Many of these students now attend university and are still supported through Starfish today. We encourage our sponsors to communicate with and pray for their sponsor children regularly.

We also funded a couple of feeding programs through CCI and have continued to invest in that ministry today.

In 2011 we organised another short term missions trip with the aim of developing the relationships we began in 2008. We met and stayed with the sponsored children and their families in Payatas and captured the vision of their pastor. We now sponsor the pastor 3 days a week to work in the community and have seen significant growth and blessing in that whole community.

A couple of team members also visited the Balante area to visit one of the feeding programs. Through relationships formed there, we now sponsor a number of students from this area.

In 2013 we sent another team and again visited our partners and were able to further strengthen and cement our relationship.

We continue to grow slowly and endeavour to always seek the Lord as to where he would direct our ministry in the future.